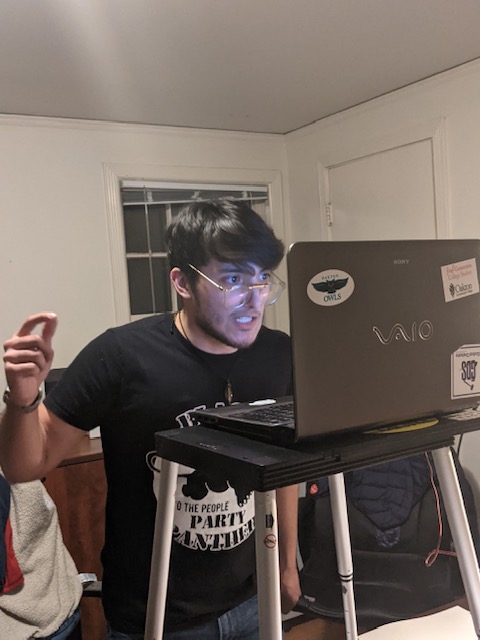 The interesting thing about the debate club is that in addition to being a student organization, they are a team that competes against other colleges.

The weekend of March 11-13 Oakton’s debate team competed in the JV Novice Nationals, a national tournament at West Virginia University. The tournament was held via zoom and Oakton went against 13 other colleges located throughout the country.

The format of the event was policy debate, which is a form of debate competition in which teams of two advocate for and against a resolution that typically calls for policy change by the United States federal government.

According to Oakton student, debate club president, and team captain Luis Toro, “the way the event works is that you have six debate rounds, take both sides of the topic and you have an even number of rounds between each side, three affirming the topic and three negating the topic.”

Toro partnered with Gabriel Karsh, a student at Macalester College, a private liberal arts college in Saint Paul, Minnesota. Toro and Karsh have known each other since high school. They both were involved in debate at Evanston High School. And now, all these years later, despite going to separate schools, they are able to compete together as a team.

Team member Sandra Kozel joined the team after taking a debate class at Oakton. “If you are nervous about public speaking, you won’t be after your first debate,” said Kozel. “You get into it like it’s a game of chess.”

The weekend of April 8-13, Toro and Karsh are partnering up again to compete in another national tournament. This is the first time the team will be traveling to compete since the pandemic. Rather than zoom, they are flying to Fairfax, VA to compete in person at George Mason University.

Students that want to learn critical thinking and research skills, find their voice and express it in powerful ways, compete against other schools, travel to tournaments, and have fun in the process, should join Oakton’s award-winning debate team.

It doesn’t matter if you are a skilled public speaker or completely petrified of public speaking, the debate team can still be the right choice. “Being part of the team has improved my public speaking,” said Kozel.

Dr. Chris Langone is the coach, advisor and a practicing lawyer. He can be reached at [email protected].

Luis Toro is the captain and can be reached at [email protected].