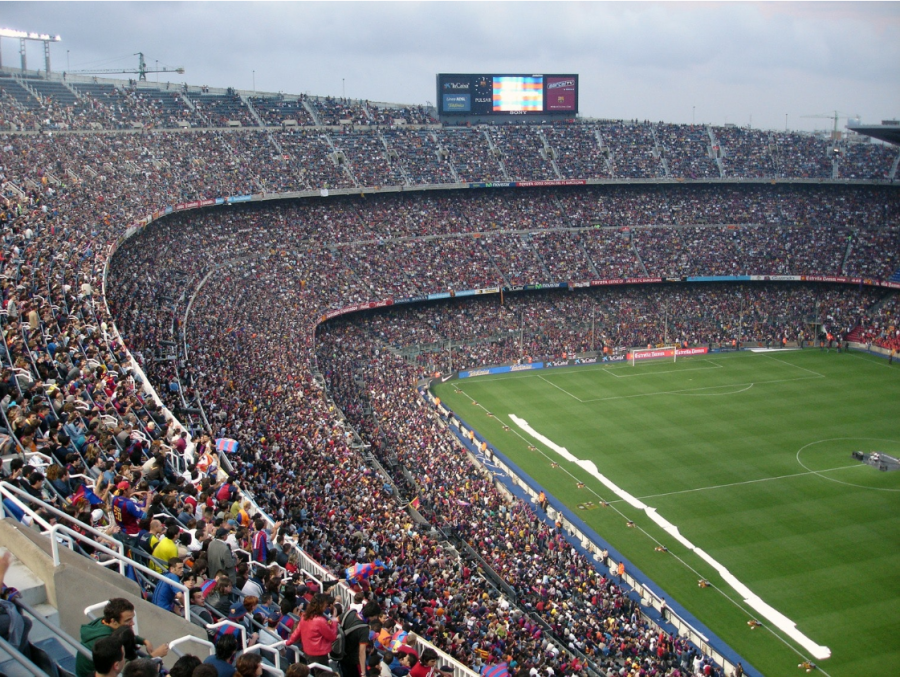 This pandemic has affected everything imaginable, from shopping, sporting events, or simply just going outside. It is certainly history in the making as we haven’t experienced anything like this in our lifetime, and it doesn’t seem like it will end soon.

Sports have gone as far as suspending/canceling seasons in an attempt to limit the virus from spreading. Fans, players, and staff are all at risk when attending arenas/stadiums in mass amounts.

In the early stages of this virus, there weren’t many cases worldwide, not enough to cancel sports, but sports still took precautions in response. Soccer was the firsts sport in the world to play in an empty stadium, they urged fans to stay home and let the players play with no one in attendance.

As any sports player, or fan knows, it is an unusual and eerie experience to watch a game being played with no fans in the venue. The instant gratification is gone and there is no feedback, like when a soccer player scores a goal, fans don’t hear the stadium erupt in roars, instead they just hear the players celebrating.

Emil, Oakton student and long-time soccer fan, had an interesting perspective on watching sports without fans. ‘’I actually like it, it’s really cool hearing the players talk to one another… Overall it just brings a new experience to the game, and I like when new things are brought to the table.’’

Emil seemed to love the experience, sounds would be heard that usually wouldn’t had there been a crowd in attendance. The kicking of the ball, player chatter, players running as their cleats hit the turf, or even when the ball hits the back of the net for a goal, all these sounds are amplified.

Alejandro Moreno of ESPN FC also pointed out, being a former player, how no crowds can affect the players’ mindset. “When you don’t have the atmosphere, it really takes away from the game. As a player you feed off of that energy, when it isn’t there you’re searching for something in order to create that energy.’’

Soccer crowds are widely regarded as the best and loudest fans of any sport, and taking that away can take so much more than just the noise they generate. The term ‘’Home advantage’’ stems from crowd reactions and feedback, as it can boost a teams’ performance knowing they have that support.

As of now,  most of the mainstream sports are either canceled or postponed, but there’s no telling when this situation will end.

“I miss sports because it played a big part in my entertainment. Being in Arizona, I was looking forward to going to spring training for the White Sox. I can imagine this takes a hit on the economy as well, so I’m just not happy.”