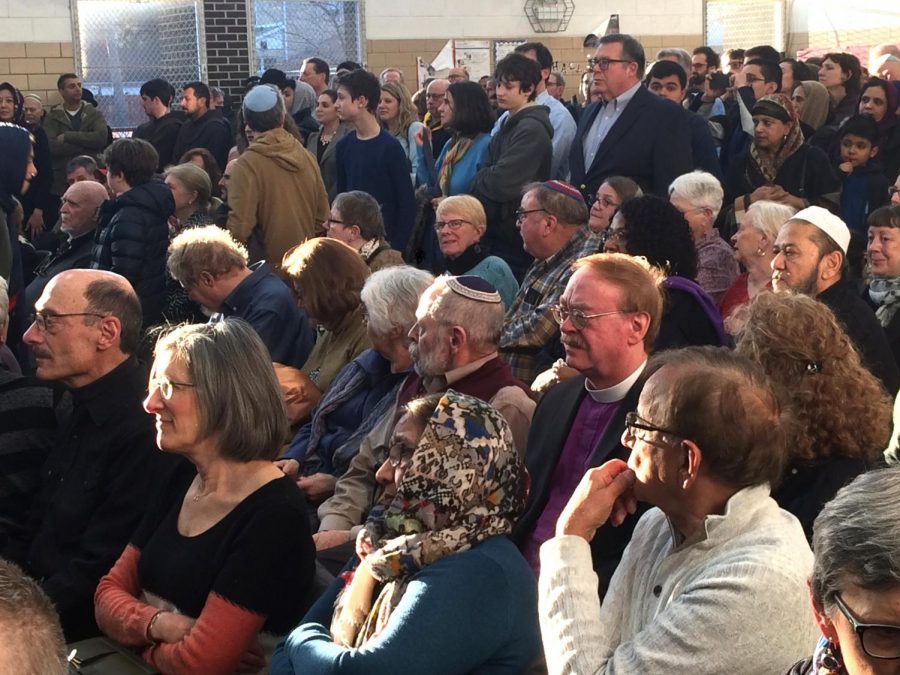 A vigil was held March 16 at the Muslim Education Center in Morton Grove to show support for those in the recent attacks in New Zealand.

A vigil to show solidarity and to remember those killed and injured during the terrorist attacks at the Al Noor Mosque and Linwood Islamic Center in New Zealand will be held tomorrow at both the Des Plaines and Skokie campuses.

According to the organizers they are hoping to combat hate born of fear that has resulted in not only the attacks at the New Zealand mosques but also recent attacks on U.S. soil. Last week vigils were held in the area to show support for Muslims.

The Oakton event is sponsored by College Relations; the Diversity Council; Muslim Student Association; the Office of the President; the Office of Access, Equity and Diversity and Student Life and Campus Inclusion.

Those wanting to attend either vigil should go to the Des Plaines campus lobby at 11:00 a.m.; the Skokie vigil will begin at 12:30 p.m.

The ceremony at the Skokie campus will include Assistant Vice President for Student Affairs Dean of Access, Equity and Diversity Juletta Patrick, Director of Student Life and Campus Inclusion Rick Daniels, Associate Pastor Greg Buell from the Village Presbyterian Church in Northbrook and Imam Senad Agić of the Sabah Islamic Center in Franklin Park.